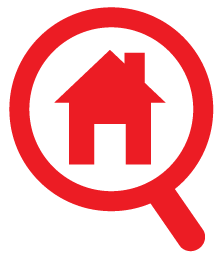 Many reports advise that an "Additional Invasive Inspection is Needed", with the use of modern Thermal Imaging Cameras we are now able to detect areas of moisture or thermal inconsistencies and make a diagnosis, often without the need to carry out further more invasive inspection techniques. So Thermal Imaging Cameras should be used where possible.

Moisture is one of the leading causes of problems in buildings, it is also the most common finding for building and pest inspectors. From leaking shower recesses to rising or penetrating damp to roof leaks to issues of condensation with potential mould growth and termite damage, water is almost always the source of major issues needing attention. Having the ability to diagnose and identify moisture issues within a building allows the prospective purchaser to be better informed prior to the purchase of the property, reducing the risks associated with moisture significantly.

Thermal or infrared (IR) imaging is becoming just as important a tool as the moisture meter for performing non-destructive testing on building elements and components. The major difference is the expense of these IR cameras. One of the most common excuses from inspectors who decide not to use the cameras/technology is the expense. These cameras are very expensive, and the training to learn to use them effectively is also expensive and time consuming. Another reason some inspectors are hesitant to get on board is that infrared diagnostic evaluations are considered to be outside the scope for standard home inspections.

Infrared cameras can see more than the naked eye and more than our moisture meters. They can be used in the right conditions to detect and pinpoint locations of a variety of major concerns ranging from termite damage, plumbing leakage, window leakage, missing thermal insulation, energy effectiveness of the building envelope, to overheating HVAC or electrical equipment.